Is There Something like Adobe After Effects For Mobile Phones?

Adobe After Effects is a popular video and imaging editing software for laptops and desktops. It’s great for creating visual effects, motion graphics, and 3D compositions. Is there anything like it for mobile phones?

If you’re looking for an app with almost as many features as Adobe After Effects, you can’t find one on either Android or iOS. However, if you’re looking for something basic to make quick edits to a video for like Instagram, both operating systems have apps that will work just fine for you. 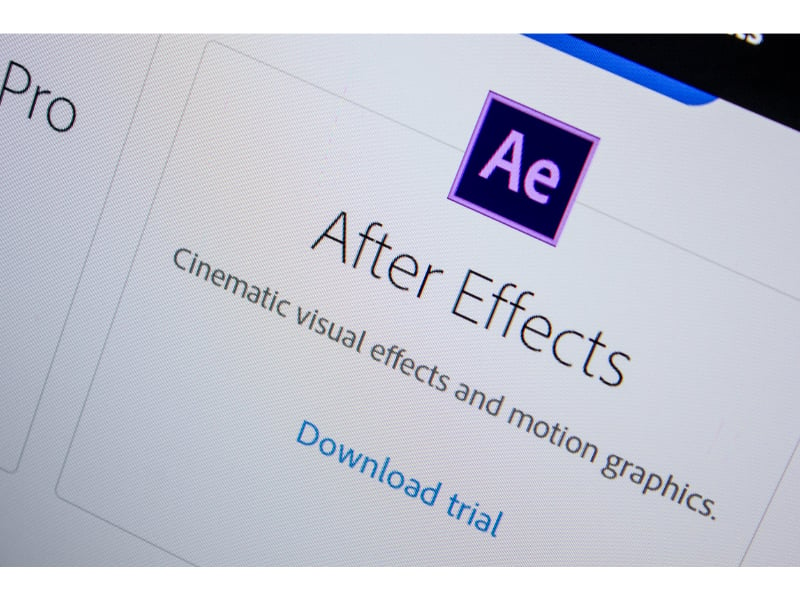 Is Adobe After Effects Available for Android?

The rationale behind this is simple: your Android phone doesn’t have sufficient processing power to run After Effects passably. Even low-end laptops and desktop computers struggle to run the program for its powerful effects and demanding graphics.

Another reason why Adobe may never release a version of After Effects for Android phones is the memory consumption. Editing 1080p videos on After Effects require 16GB of RAM, and unless your phone is one of the best phones out there, you have far less than that.

In addition to that, only a few After Effects users will be willing to work on an interface as small as a mobile phone. Your Android phone has just enough screen space to fit the menus on the After Effects interface and nothing more.

Even if your phone has enough processing power and RAM to handle After Effects smoothly (no mobile phone does), why?

If you need to use After Effects, why would you buy a multi-thousand dollar phone without owning a PC that can run After Effects? Instead of investing in more powerful smartphones, try getting a beefier desktop or laptop computer, at least, if you want to run After Effects.

While you can’t get anything close to the superlative power of After Effects on your Android phone, you can get alternatives. While these alternatives can add the minutest effects to your video, you shouldn’t expect anything in After Effects levels.

Here are some of the best apps that offer features comparable to what you might need After Effects for on your Android phone.

As funny as it may sound, the best app to get anything close to Adobe After Effects on your mobile phone is Adobe’s own Premiere Rush. The app was released for both Android and iOS to bring some of the joys of Adobe’s flagship video editing programs to mobile devices.

Premiere Rush works best for quick edits to videos you’re planning to post to Instagram. You can find a load of special music and effects, and video projects from your computer will sync over to the phone app.

This app requires a Creative Cloud subscription to work, and you must have a phone with beefy specs. If your phone isn’t running Android 9.0 Pie at least, you may want to find another Adobe Effect replacement.

VideoShow is the closest thing you’ll get to an official Adobe app for free. While you’ll get prompted to check out some in-app purchases here and there, most of the items on the app are free. This is available for both Android and iOS devices.

There are many cool effects to add to your videos from VideoShow, and they can be decent alternatives to the well-grounded options from After Effects. You can also add music and sound effects to your videos to make them pop.

Since this isn’t an official Adobe app, there’s no way to sync projects from Premiere Pro on your computer. To apply some of the most basic visual effects to your videos for free, VideoShow is the way to go.

If your primary use of After Effects is to create animations, you may want to try out Autodesk Sketchbook. While it isn’t as intuitive or feature-rich as the offering from Adobe, it’s still the best app for creating animations on Android. There is also a version for IOS devices.

Making a presentable animation with Sketchbook can be pretty tedious. Your best bet is to wait until you get back to your PC for an immersive experience.

Can I Use Adobe After Effects on iPhone?

With the level of power newer iPhone processors have, it only makes sense to have many apps to harness it. While there are plenty of apps that can use the insane processing power on iPhones, it appears like After Effects isn’t one of them.

When Adobe releases an app for mobile, they typically release it for both Android and iOS smartphones. Since there are no official mobile versions for either of these operating systems, we doubt if one will ever exist.

Even if there were to be a way for someone to port After Effects to an iPhone, it simply won’t run effectively. After Effects requires 16GB of RAM for regular tasks, and up to 32GB for graphically intensive or lengthy videos.

However, the average iPhone on the market today only has 4GB of RAM; with the highest-end iPhone capping at 6GB of RAM. While that will open After Effects when coupled with its beefy processor, it will start to show its weaknesses once you start any project.

Also, iPhones have no effective cooling mechanism to keep the processors running efficiently for a long time. Once your phone starts to get warm, it may start to lag considerably, closing the app you were using in some cases.

For these reasons, After Effects won’t be a feasible addition to iOS. Some apps perform similarly to After Effects, however, but you shouldn’t expect any remarkable experience.

In our Android section, we suggested some apps that also have iOS versions, but here are a couple After Effects alternatives that works best on iPhones.

Lumafusion makes the “Editors’ Choice” list on the App Store, described as an app that packs as much flexibility and power as a professional video editing app. While this is a bit of an exaggeration, it drives the point home.

Lumafusion is superior to anything you’ll find on an Android device, and the iPhone has a decent processor to help. The app costs about $30, with some in-app purchases that will drive up the cost if you’re using it extensively.

While Lumafusion works well on both iPhones and iPads, you should get an iPad if you’ll be using the app quite frequently. As great as it is, it still doesn’t compare to the greatness of Adobe After Effects on a Mac.

If you want something for creating videos for Instagram without breaking your bank, you should probably check out Video Star. While this app isn’t a complete video editing suite, it handles most of the basics quite well, if you’re not looking to create a Hollywood movie from your phone.

It’s available for free, and it works well, both on the iPhone and the iPad. Unlike Lumafusion, however, you don’t get many advantages from the larger screen real estate on the iPad. You can buy the pro version which unlocks all the features for $5 per month or $30 annually. Is There Something like Adobe After Effects for Mobile Phones?

Frankly, you won’t get anything close to the power of After Effects for your mobile phone, regardless of your OS of choice. While you generally get better options with an iPhone, you’ll still need your computer to get the full advantages of After Effects.

If you want something that lets you carry on from what you were doing on your Mac or PC, you can get Adobe Premiere Rush.

If you want only the basics of After Effects, you use Lumafusion on your iPhone, or Autodesk Sketchbook and VideoShow on your Android phone. You can also use a combination of video editing apps to get your desired results.

Alternatively, you can wait until you get back to your computer to fire up After Effects. That will be the best option for convenience, speed, and efficiency.

Can You Use Airplane Mode With Wi-Fi On? (Explained)
Why Is My Laptop Keyboard Acting Weird? (Explained)
How Do I Stop My iPhone From Waking Up? (Solved!)