WiFi Doesn’t Work, But Ethernet Does [How to Fix It]

If you’re having trouble connecting to WiFi, but Ethernet is working, you might be dealing with a less common WiFi issue.

To resolve this issue, turn off the router before powering it on again. If this doesn’t do the trick, consider resetting the router to its default settings. Also, since the problem lies within the router, updating your firmware to the latest upgrade can help fix issues with wireless connectivity. 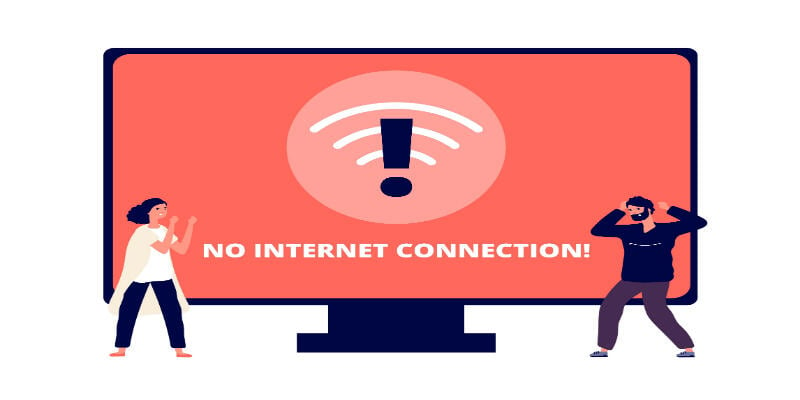 Why Is Your Wifi Not Working, But Ethernet Is?

Finding a solution to an issue without understanding its underlying cause can be a hard nut to crack. Thus, before you try to fix your malfunctioning WIFI, you ought to know what bug it got and why it failed in the first place.

With WIFI being a wireless connection, it offers more convenience compared to when using an ethernet connection.

Although the convenience offered might work as an advantage for many, it is also a major disadvantage, especially in instances of weak or failed connections.

Wireless connections grow weaker with increased distance or when there are obstructions such as walls. Fortunately, there are several troubleshooting options to help you in such scenarios when your WIFI doesn’t operate to meet your expectations, but the ethernet does.

Turn It Off And On

Nothing is as bizarre as technology. Every so often, all it may require is a little kick in the back to gear it back to standard functionality. Here, try turning the router off physically and give it some time before powering it on once again.

Subsequently, allow some time for the router to warm up before checking if your devices can connect wirelessly. If the connection problem persists, it could indicate a major problem.

However, since this is a basic step, you will probably need a new router or modem if all the subsequent options in this post fail to fix the issue.

One way to fix it would be to power off all the connected devices before resetting the router to default factory specifications.

Factory reset, which is more like turning the router off and, on a logical extreme, returns it to its out-of-the-box specifications. This move should solve the issue, especially if your router has been causing the problem only recently.

To factory reset, which is relatively easy to do, check for a tiny, sometimes hidden hole in the router’s backside and hold it down for about ten to twenty seconds using a pin or needle.

Allow some time for the router to set up, and this should do the trick. Afterward, try to connect wirelessly using the default WIFI SSID on the router.

However, if you still cannot connect seamlessly, check for any firmware upgrade for your router.

Checking for firmware upgrades for the router is quite simple if followed correctly and should only take you a few minutes to complete.

After completing the upgrade, power your device and scan for available WI-FI networks while ensuring that the Ethernet cable is disconnected.

Click on the available network to connect and type the password for your device to connect wirelessly to the WI-FI network.

Since wireless networks are not magic, they rely on channels for transmission to occur through the air.

Bearing this information in mind, it is best to acknowledge the fact that some channels may operate better than others, especially in jam-packed areas with several competing devices.

Thus, altering the channel across which your wireless network operates not only helps to fix failed connections but also enhances their speed.

Log into your router first using its IP address, and then navigate your way to the Wireless Settings page. Upon locating the page, look for various ways to modify your wireless signal.

Locate the Channel option next to a pull-down menu, and look for numbers with the GHz unit while paying keen attention to your current channel.

However, if working your way around different channels does not help resolve the issue, remember to get back to the default channel before applying a different fix.

Failure to return to the original channel you were in may result in you not knowing when the WIFI starts operating since you left it in a channel that does not work.

If you have tried all the above fixes, but nothing works, then it may be time to contact your ISP (Internet Service Provider) and seek their help.

Although this can be tiring to call them and it may incur more cost, it is your final resolution that can help resolve your wireless WIFI connectivity issues.

This will save you precious time and effort since you will explain to them what you have already tried, thus making it easier for them to figure out where the problem is and offer valuable suggestions in return. Why Is Your Wifi Slow But Ethernet Fast?

Using a wireless connection through a router reduces the speed level your internet service delivers to a speed that the router can handle.

Another apparent limitation of using wireless internet is that most routers feature limited range and WIFI signals find it challenging to travel through walls, ceilings, or floors. Your connection still features numerous efficiencies even if you are at a three-foot distance away from your router.

Also, considering that there are different routers, with each performing differently in terms of the speed at which they process wireless signals into signals pumped across cable and fiber connections, ethernet tends to be faster since they are hooked directly to the router.

Similarly, when used wirelessly, routers tend to communicate with multiple devices simultaneously; thus, the overall signal transmitted to your device tends to be slow.

This includes various internet-connected devices such as personal computers, smart speakers, smart doorbells, smart thermostats, as well as other routers that might transmit signals within your router’s range.

Since your router can sense all of them, it can also connect to most of them.

Can Ethernet And Wifi Work Together?

If your wireless router also features ethernet ports, then it goes without saying that you can use both wireless and wired devices together on the same network.

Such Local Area Networks (LAN), including wireless and hardwired devices, are also referred to as a mixed network.

You only require a router that supports ethernet (wired) and WIFI (wireless) connections to achieve a mixed network. Whether the device connects via WIFI or ethernet isn’t doesn’t concern the router in any way; thus, both connections can co-occur.

The router will basically assign an internal IP address to each device, making them part of the same network.

For instance, connecting a laptop to your network using an ethernet cable and your phone via WIFI allows you to share files between the devices since they connect on similar networks.

Likewise, you can cast video on your smartphone to a smart television even if you connect the television through a wired connection to the network.

However, since most users feature a security setting that tends to separate wireless devices from wired devices, consider turning off the Wireless Isolation option in the control panel.

The internet plays a crucial role in the current digital era. As a result, it is best to study your way around various internet features, such as troubleshooting malfunctioned routers.

Although you needn’t necessarily have to be tech-savvy, knowing a few hacks and tricks can save you from going through a lot of trouble to have a minor issue fixed. After all, the internet itself has offered a platform for learning.

Which Are More Secure Passwords or PINs? (Explained)
Why Do Some Words Turn Orange On iOS 10? (Explained)
Do Lenovo Laptops Have Bloatware? (Explained)