Can You Put A Pattern Lock On Windows? (Explained) Can you put a pattern lock on Windows?

You can put a pattern lock on Windows using an emulator, which is a program installed on your PC.

An emulator allows different software and operating system not available on your PC to run on your PC. One good example is running a macOS on a Windows PC.

The pattern lock emulator allows you to lock a specific file while keeping the rest of the file without a lock. It also has other features such as locking incoming calls and fingerprint support.

Another pattern lock emulator you can try for free is the AppLock by IvyMobile. It has the same features as the DoMobile Lab version where you can lock any app, photos, and videos.

But one feature that makes it secure is the invisible pattern lock. It also has a random keyboard.

So, if someone near you tries to peep into your mobile phone, you don’t need to worry. You can also hide the app by replacing the icon thru the theming feature. And if someone tries to access your device with a wrong password, the device will take a picture of the person.

The Perfect AppLock is another free version pattern lock app with a special feature that tricks other users of the device. You can set up the lock to create a fake error message and fake fingerprint scanner giving the user an impression that there’s something wrong with the device.

It won’t give other users a hint that it’s just a fake error. It’s safe that even you leave the device, no one can access the files.

You need a privacy lock emulator for your PC because Windows only features a lock screen. In a lock screen, you’re only required to enter a password to access your PC.

It has no pattern lock option. On the other hand, a privacy lock emulator works like the Android phone that requires you to access your phone using a pattern.

The last on the list is the Norton App Lock. The anti-virus tech company offers a free lock app that includes a pattern lock system. It also allows you to set up a password and a four-digit PIN.

It also has the feature where the app takes a picture of a user who tries to access your device.

You can also put a pattern lock on Windows through software. The software doesn’t need an Android emulator and it can run automatically once you successfully install it on your PC.

Another option you can try is the Windows 10 Picture password, which I’ll discuss more later.

How do you put a pattern lock on Windows?

You can put a pattern lock on Windows via an emulator, software, and the built-in lock system of the operating system.

Let me discuss the different ways to put a pattern lock using the three lock systems.

Before you can use an emulator, it’s important to remember that some pattern lock emulators don’t run on your PC if you don’t have an Android emulator.

These apps can only run on an Android environment. The popular Android emulators include the BlueStacks App Player and the Nox App Player.

When the Android emulator you downloaded starts to run on your PC, you can now choose a pattern lock emulator. When choosing a privacy lock emulator, make sure that it’s secured and it’s not easy to uninstall.

So, how do you install an Android emulator?

For Nox App Player: Click Download Now at NOX. Then open to start the installation. Before clicking the install option, make sure to agree on the terms and conditions.

Then the installation process proceeds. Once installed, click the start button to launch the app.

You’ll access it via BlueStacks or Nox App Player. Remember, you need an Android emulator to run a pattern lock emulator.

That’s why you must access the pattern lock emulator via BlueStacks or Nox App Player.

On the Google Playstore, type any of the pattern emulators that I listed earlier. It includes Applock by DoMobile Lab, AppLock by IvyMobile, Perfect AppLock, and the Norton App Lock.

There are two types of software that you can choose including the Eusing Maze Lock and the 9Locker. You can download the software directly to your computer without using an Android emulator.

After installation, you configure it and then you can run the software and set a custom pattern.

Eusing Maze Lock allows you to choose a pattern ratio, which a 9Locker doesn’t have. It also allows you to enable the auto-lock feature, save the pattern file as BMP, and set an auto-lock time.

You can also allow the Eusing Maze Lock to run in the system tray.

On the other hand, the 9Locker has a rescue password feature, which allows you to unlock the PC when you forget your password. However, you can’t run the software in the system tray.

But the good thing about 9Locker is that it has a Send Mail Alert option where you get an email when the number of wrong attempts reaches.

Windows has the Picture Password feature where you must select a photo. Then you draw three gestures on the photo to activate the feature.

You’re required to enter your PC password to access the wizard. Then you must select a photo from your PC. After you select the image, you can start to draw a pattern.

You can draw three same patterns or three different patterns.

Pros and cons of pattern lock on Windows

A pattern lock has many combinations that a hacker may not spend time trying to figure out.

However, if you access it in public, there’s a chance that people around you can see the pattern. If they are keen observers, they can easily recognize the pattern that you use.

Yet, there are some tips to make the pattern unrecognizable. One of the tips that you need to remember is to never use a letter as a pattern.

Another thing to remember is that you can use more nodes and more crossovers. Avoid simplifying the pattern. Lastly, start somewhere but avoid the top-left corner dot. It’s a common starting point among users. 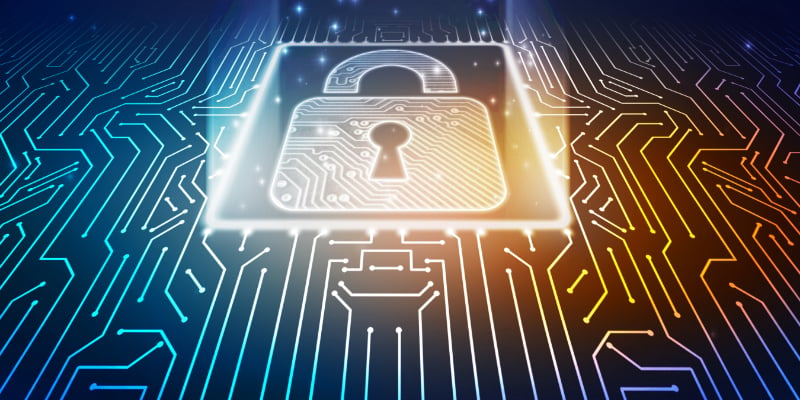 It’s important to protect your PC from unauthorized access. You can do it by pattern lock, but you can also use other methods such as the use of password and PIN.

Whatever method you use, just make sure to never forget your password so you won’t have a problem accessing your PC.