SQL and C# are both programming languages used in computing. They are used in the development of webs, applications, and cloud storage to facilitate them to work more efficiently when it comes to data processing and management.

C# is mainly applied in data processing. It is commonly used in the development of mobile and desktop applications. SQL, on the other hand, is used in database management and information retrieval. 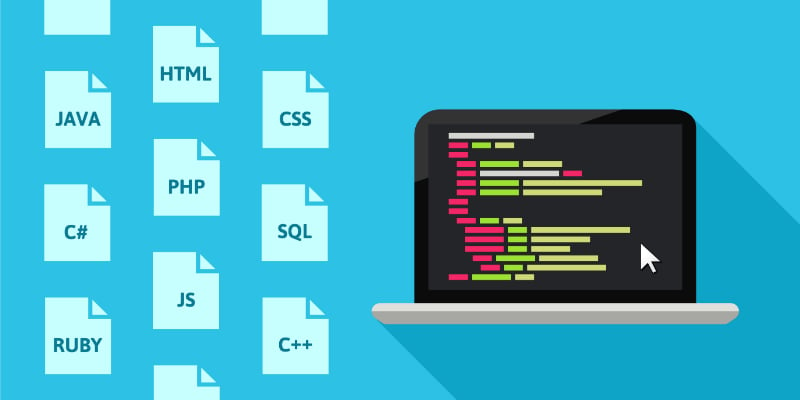 Since most computing technology relies heavily on databases, SQL and C# are fundamental programming languages that you will need to grasp to understand better how various computer applications run.

Programmers use these two programming languages to create various applications used in our mobile phones. Computers also use these languages to execute the required command given to them whenever we key in data.

When it comes to statistical data that require complex computations on data management and information retrieval, SQL plays a very significant role. It can manage huge amounts of data than other regular spreadsheets. Read on for more info on these languages.

C# is a programming language. It is pronounced as C-sharp. It first made its appearance in June 2000 and has gained popularity and usage since then. C# is now widely used in programming various applications in mobile apps, Desktop apps, enterprise software games, cloud-based services, websites, to mention a few. To understand the programming language and how it is used in computing, we need first to understand what C# is.

C# is a very flexible programming language that can be used to develop various applications to aid in our day-to-day lives. The flexibility is seen in developing program applications from our cellphone and desktop apps to cloud setups. C# does not have constraints on what you can do; it can run projects with diverse dynamics like the compilers for other program languages, websites, and development tools smoothly and efficiently.

Many of the elements in C# are almost similar to those found in Java. However, when designing C#, Microsoft had many goals in mind. The objectives include:

To understand these objectives in-depth, we will look at them one by one. In developing the C# language, Microsoft removed complexities and challenging features found in Java and C++. Virtual base classes, multiple inheritance, templates, and macros were all removed. Unfortunately, these features caused confusion and problems to developers, and they had to be corrected to make C# simpler to use.

Because C# is a derived programming language, if you are familiar with C, C++, or even Java, you will find it straightforward to learn how to use it.

Furthermore, operators, expressions, and statements used in C# are the same ones used in C and C++. They will give you an easy time since they are further improved from the original version. The improvements include the elimination of redundancies that were in C and C++, addition of syntax changes.

C++ had only three operators; ::, ., and ->. It was knowing how and when to use which of those syntaxes that was confusing. All of these syntaxes are replaced with a single symbol in C#. The – (dot operator). C# became simpler and easier to use as a result of these new enhancements.

C# is powerful and flexible

This programming language places no constraint on its applications. Thus, its potential is limited only by our imagination.

Unlike other programming languages used only in Windows desktop applications, C# can be used almost everywhere where computing technology can be applied. Examples of areas where C# can be used other than windows include Xamarin to build cross-platform apps for iOS or android or in the development of macOS or Linux by using Mono.

Object orientation is a programming model where programs are centered around objects and data instead of actions and logic. For example, since C# is object-oriented, it can decompose a problem into several entities referred to as objects and then use these objects as the center point to build data and functions.

Vital areas in an objected-oriented language include inheritance, polymorphism, and encapsulation.

Inheritance is a method of extending current code and functionality into new packages and programs in an organized manner. Inheritance also allows us to define a class in terms of another level, making it easier to create and maintain an application. It also enables us to re-use the code functionality and speeds up the time of implementation.

The implementation process will be sped up since the codes used had already been run in the processing stage and are thus familiar to the system. The familiarity makes the execution much faster, thus speeding up the time of implementation.

Encapsulation: This includes placing all the functionality into a single package. It also allows us to define data in a declared private field. This helps to protect the data from accidental damage or corruption.

Polymorphism: This is adapting to what has to be done. It allows us to invoke methods of deriving class through a base class reference during runtime. It provides different execution of processes that are identified through the same name.

C# may be written as classes of chunks that contain routines known as member methods. The member methods and styles can be reused in programs or apps that are not written in C#.

Since modular programs can be divided into small chunks, they are easier to work with within different teams. SQL is a programming language used to communicate data between programs With SQL. One can create a database and tables that can be used in any program.

Structured Query Language, commonly known as SQL, is a programming language developed to communicate with relational databases in computing. SQL is used to handle databases that are related or for stream processing of relational data stream management.

Using SQL, one can create or modify the structure of a database and table in any program. Additionally, you can create, modify, retrieve or manipulate data from tables and databases using SQL.

SQL is a declarative query language that the user specifies which data is required without stating the procedure of retrieving it. It is thus a non-procedural language as well.

Statistically, SQL is the most sought-after skill in the industry than any other programming language. This is because it is the standard language of the International Organization of Standardization (ISO).

Importance Of The SQL Language

Since SQL is a query language, it is comparatively easy to learn than other programming languages with a syntax similar to logical languages.

SQL hasn’t undergone many changes over the years. Thus if you learn and grasp its workings, you don’t have to worry about keeping up with too many changes. In addition, both the American national standard institute (ANSI) and the international organization of standardization (ISO) standardize it.

It helps you to understand your dataset easily

The most popular and universal database language

Structured Query Language is simple and more straightforward to work with than other complex programming languages. Therefore, it is easier for beginners to grasp SQL than for them to pick up other languages such as C#, Java, C++, or PHP.

SQL servers use various software to manage their programs. The most common software includes MySQL. MySQL is open-source software; therefore, it is free to use and vital for web developers since most web applications and applications are built on databases.

What Is The Difference Between SQL And C#?

SQL and C# are both programming languages. However, one is more inclined in database management.

The main difference between C# and SQL is that C# is a back-end programming language, whereas SQL is a database language. Unlike the C sharp that focuses majorly on programming, SQL focused more on data management and information retrieval.

SQL cannot process data like the C#. It can’t process data because it’s a standard language used for storing and retrieving data only. C#, on the other hand, can only process data. It cannot keep or retrieve any information. A programmer can therefore use these two languages can therefore be used together to complement each other.

In conclusion, both SQL and C# are computer-programming languages designed to perform specific computing tasks. They, however, vary in how they carry out their functionalities. For example, C# is a programming language that can process data, while SQL is majorly for data storage and information retrieval.

The difference in their functionality makes these two languages compatible. Therefore, it is crucial to have a knowledge and understanding of both of them to process and manage your computer data more effectively.

Can A Keyboard Get A Virus? (Everything You Need to Know)
Can I Share Internet Via Bluetooth? (Solved)
Can You Mod An Xbox One Console? (Explained)