Does PS4 Have WiFi? (Explained)

In today’s world, more and more of what we do every day requires some form of internet connection. At first, our computers were connected to the internet via a cable, now our phones, laptops, and PCs all have wireless connection capabilities. And since lots of people love to game, the question arises: Does the PS4 also have any WiFi?

All variants of the PlayStation 4 have built-in WiFi, but, depending on the specific model, the internet speeds will differ due to the difference in WiFi standards. 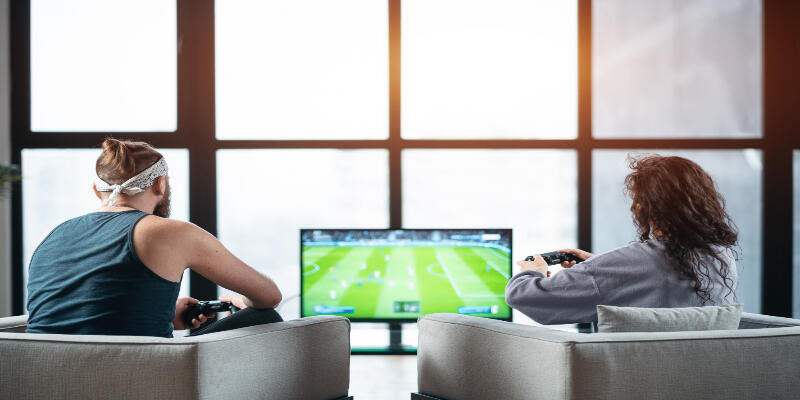 The PS4, being an 8th generation console, allows its users to connect to the internet in order to download content such as games and movies, as well as enabling them to unite in a game to play as a team in multiplayer modes.

But just how good is the connection provided by the PS4’s wireless chip? Which PS4 variant is the best? Read on to find out!

Before I go and detail the WiFi of the PS4 variants, I will talk about the WiFi standard that was in use when the original PS4 was released (802.11n or WiFi 4), and the standard that came after it (802.11ac or WiFi 5), the one that we use today.

This WiFi standard was approved in 2009, it was the first standard to be dual-band (utilizing both 2.4GHz and 5GHz frequencies), and to specify MIMO (“Multiple Input, Multiple Output”): using more antennas to boost speeds and reduce error.

It is backward compatible with previous WiFi standards. WiFi 4 can have speeds ranging from 40Mbps to about 400Mbps.

The successor to the WiFi 4 standard, the 802.11ac, was released in December 2013. It is essentially the upgraded variant of the 802.11n standard, with higher bandwidth rates capable of reaching a couple of thousand Mbps.

WiFi 5 is also backward compatible with previous standards (including WiFi 4).

The PS4 is an 8th generation console released by Sony in November 2013. It is the 4th best-selling console ever with over 110 million sold (different variants included). It was replaced by the PlayStation 5 in November 2020.

The base model was equipped with a 500 GB hard drive, 8 GB of GDDR5 RAM, and an AMD Jaguar CPU, paired with an AMD GPU with a peak performance of 1.84 TFLOPS.

As it was released just one month before the newer, faster WiFi standard, it had to make do with the slower, WiFi 4 standard.

The PS4 Slim is the revised model of the original PS4 model, giving it a smaller body. It has the same internal specifications as the base model, but having the benefit of being released later (September 2016), it has the upgraded WiFi 5 capable wireless card.

Think of it as a sleeker and cooler-looking version of the standard PS4, with an upgraded WiFi card. Actually, nothing would be different apart from the design, had it not come out after the release of WiFi 5.

The PS4 Pro was released in November 2016, two months after the PS4 Slim. This variant is the most powerful model of the three: the GPU has been upgraded to a model capable of 4.2 TFLOPS and has a 1TB hard drive equipped as standard. It is also the PS! Variant with 4K HDR capabilities.

Just as with the PS4 Slim, it is equipped with a WiFi 5 card, giving it a much more reliable and faster connection speed compared to the original PS4.

The newer WiFi standard gives the PS4 Pro (and Slim) much higher connection speeds thanks to the ability to utilize 5GHz frequencies.

Which Model Do I Recommend?

I don’t have a straight answer to this, because there really isn’t one. I believe that each model has its own benefits and respective drawbacks.

All models are available in 1TB storage options, with the Slim and base models coming with 500GB hard drives as standard.

The base PS4 model is a great choice for someone who doesn’t need all the flair of the other two: a casual gamer, for whom the 500GB storage is plenty, and doesn’t need the 4K capabilities of the Pro model.

More importantly, I recommend this model for individuals who like to have their games in physical form and mostly play single-player games.

This is important because the base model has a last-gen WiFi card, having lower speeds and lower connection reliability.

Next on the list is the PS4 Slim, which is almost identical to the base model. The changes concern the dimensions (it is smaller in all ways),

Tt has the newer, upgraded WiFi card, which allows for faster download speeds (so your games download faster, for example), and more reliable connections (you will experience less lag and packet loss in multiplayer games).

Other than the previously mentioned differences, the internal build of the two models is identical, having the same processor, graphics card, and storage.

In my opinion, the 1TB option of the Slim model is the best pick of the three variants. It is the perfect balance of upgrades and compromises.

What the PS4 Pro brings in excess to the other two alternatives are 4K capability and a beefier graphics card. It has 1TB storage as standard, so having lots of games won’t be an issue.

Having the newer WiFi card also gives it the same benefits as those of the Slim model.

I imagine the PS4 Pro would be a great companion to someone who is passionate about gaming.

The improved GPU and 4K HDR option put out a truly stunning result (if you have a 4K HDR display, of course), and the WiFi card guarantees great download speeds and lag-free gaming. But all this makes it the most expensive of the three.

To conclude, I will have to recommend the PS4 Slim and the PS4 pro more than the standard version, especially when it comes to internet connection and the functions you can carry out with its help.

With the world of technology improving rapidly, the standard PS4 is just starting to be left behind and could cause noticeable issues with connection.

Lower connection reliability is just enough to make multiplayer gaming somewhat laggier than it should be, and it makes for frustrating download speeds when compared to today’s devices.

Of course, the PS5 and the upcoming models will deliver way better speeds and reliability than any PS4 model could, but if you are looking for the best PS4 to buy, stick with the Slim or Pro versions if you plan on downloading games or perhaps playing some multiplayer. 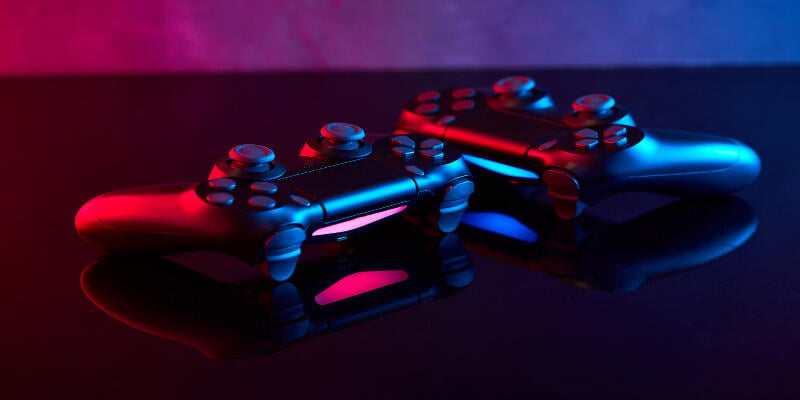 How to Use the Internet on a PS4?

I am a modern person, and I love electronic devices. I have had contact with lots of different laptops, phones, TVs, and, yes, consoles.

Each one had a different way of connecting to the internet, and it is truly frustrating having to find that specific way each and every time. So I will do my best to help you connect your PS4 to the internet.

The first step is to turn on the console. If this is your first time turning on your console, connecting to the internet is easy.

You will be prompted with a typical Set-Up menu, where you will have to log in to your accounts, adjust some basic settings, and, most importantly, connect to a network. Type in the required data and you are good to go.

The harder route is when you have a change the network on your working console. The first step is again to turn on the console.

In the networks menu, find the button called “set up Internet connections”, which has “WiFi” in it. Next, you will have a choice between connection types: “easy” will automatically search for nearby networks, and you can click on the one you would like to connect to, while “custom” allows you to tweak further settings (like Proxy).

From my experience, your PS4 should connect without problems. But there are some things that you should consider.

If there are too many devices using your network your PS4 might not connect. Also, signal strength has to be strong enough to have a stable connection (it is best to have your console as close to your router as possible).

This type of connection will be faster and more stable than the wireless option. Just as last time, find the “set up Internet connections” menu, and select “use a LAN cable”. You will have the same choices as last time (easy or custom), and you are done.

Once you are connected to the internet with your PS4, you can surf the web with the help of the built-in browser, which can be found in the content area.

You can use your controller to navigate the web. This is the place you can download games and movies from, too.

Another benefit of connecting to the internet with your PS4 is that you can access a plethora of useful and popular apps. For example, you could stream your gameplay directly with the help of Twitch, or watch a movie on Netflix or videos on YouTube, or just listen to some music on Spotify.

The PS4 is still a great console. Yes, there is a newer option in the PS5, but for the money, it is unbeatable. It has a great selection of games and apps available for it, and it also doubles as a Blu-ray player, which might come in handy for high-quality home-cinema experiences.

The base PS4 has had its problems, namely with its connectivity (WiFi 4 and Bluetooth 2.1), but these issues have been addressed by the release of two later models, the PS4 Slim and the PS4 Pro.

The PlayStation 4 is one of the best-selling consoles of all time for a reason, but as mentioned before, if you are looking to enjoy the console for some time, you should definitely be aiming for the upper end of the PS4 spectrum.

There is a concept in tech called “future-proof” or “future-proofing”, which is basically used to refer to how the duration that the given device will hold up the modern atmosphere of constant technological improvement.

So in short, the PS4 is a great console, but the Slim and Pro versions are just that much more future-proof, and thus the better options as of now. Better overall performance and higher-quality WiFi cards both contribute to a better overall experience as well.

Are Wi-Fi Adapters Reliable for Gaming? (Explained)
How to Back Up Windows Computers [Step-by-Step Guide]
Common Apple Airplay Issues Solved!