How Often Should You Replace Your Motherboard?

The rule of thumb is that you should update the BIOS on the motherboard right after you install it. A quick reminder that ensures you achieve a stability update to help your device function seamlessly. Since the motherboard and CPU are the soul and mind of the computer, replacing your motherboard entails building a new computer. As such, it is painfully true to say that when there is an upgraded motherboard for a still-in existence CPU, odds are likely the older CPU may be unable to leverage the latest features of the newly installed motherboard. 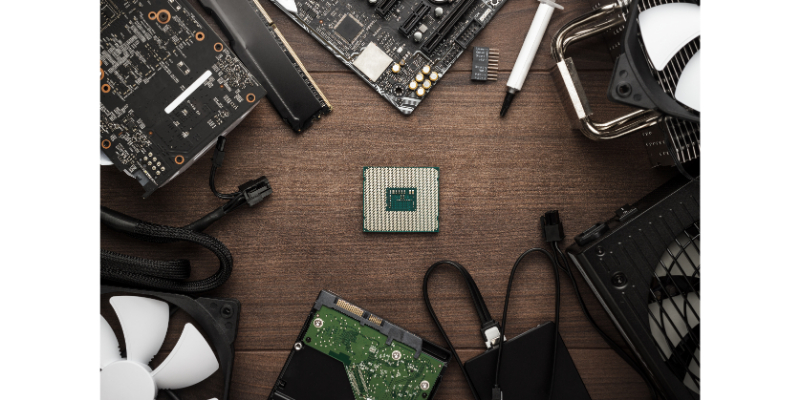 However, if your environment does not support adequate heat loss, then your motherboard can fail within a short period. Thus, it is your responsibility to ensure that your PC case remains ventilated at all times. One such way is to keep your laptop or desktop computer clear of any distraction that could interfere with normal airflow.

How Long Should A Motherboard Last?

Depending on the manufacturer, a motherboard should last on average anywhere between 10 to 20 years. Nevertheless, a quality motherboards can serve you for up to forty years without experiencing any issues. On the flip side, a low quality motherboard will not last you long and may break even sooner than the avg mentioned above.

More prominently, however, how long your motherboard lasts depends heavily on how well you use the computer and its surrounding environment.

On the other hand, upgrading the motherboard’s components such as the RAM, HDD, and GPU, among others, can increase the lifespan of your motherboard beyond its expected years of service.

Finally, ensure that you clean your computer’s motherboard regularly while at the same time keeping it away from humidity. Although you could change it if you notice any signs of slowing down, taking care of a motherboard ensures that it lasts long.

What Causes A Motherboard To Fail?

I have been using my current motherboard for about 15 years now. Although I’ve had to upgrade several components, such as the Graphics Processing Unit, I believe it was worth the cause since my motherboard is far from breaking down.

From what I’ve seen and learned, power supply problems, heat, and spills are among the many causes of hardware failure, especially the motherboard.

Here are some factors that can send your computer haywire with motherboard failure.

Computers generate a good deal of heat that can spell doom to the motherboard without sufficient heat loss. As such, do not expect your motherboard to last long if you use it in cramped areas that have no ventilation. Also, failure to maintain the fans, which is a significant source for cooling, is a vital threat to the motherboard’s lifespan.

Every time you bang or smack your computer around, you threaten grave damage to the internal components. Thus, dropping a computer is a significant hazard that could threaten the lifespan of its motherboard. No matter the source of impact, avoid applying any physical shock to a computer.

Computers don’t go well with inconsistent power. Since a power surge could fry a computer, especially a motherboard, in an instant, ensure that you use surge protectors to prevent this. If the power socket doesn’t supply a continuous source of electricity, do not expect your motherboard to last long.

Computers, like humans, are far from being immortal. As a result, expect most of the parts to age and wear out with time. This happens even though computer parts aren’t heavy on the mechanical side. This mainly affects the fan motors, which causes overheating and subsequently leading to motherboard failure. How Do I Know If My Motherboard Needs Replacing?

As the central connector for every other component, your computer is a useless piece without a motherboard. This makes replacing a failed motherboard an expensive endeavor.

Similarly, superficial damages can grow into significant issues if left to fragment. When the computer is running, a major sign of a failing motherboard is a burning smell.

Another annoying symptom that should prompt you to replace your motherboard is the variety of glitches and freezes. This involves your computer running fine in a moment, but then the screen freezes, and nothing else reacts. Similarly, if a program fails to load or glitches when running, chances are high there could be a hardware issue.

Although not all glitches and freezes are related to a dying motherboard, you should be wary, especially if they are consistent and occur frequently. The more consistent they are, the more likely the need to replace the motherboard.

Although it is not an absolute sign of death, the BSOD, which appears when you power the PC, is a close death knell for something within your device.

Another more annoying sign of a motherboard in need of replacement is sluggishness. This includes programs that load at a slower pace or when your keystrokes don’t reflect as fast as they should.

Either way, it is pretty easy to notice any sign of your computer slowing down. Although it doesn’t necessarily mean that your motherboard is at immediate risk, it shows that your PC is rough.

Failure to recognize the hardware

You may find this particular problem a little nonsensical. It may start with an unreadable flash drive, or more intensely, failure to recognize other plugins such as a computer mouse or keyboard. All these may be due to a faulty motherboard or one that has reached its end of service. Also, it can be a sign that the motherboard is at risk of failure.

Is It Worth Replacing A Motherboard?

Not sure whether you should replace your motherboard or purchase a new PC? Worry not, here are some tips explain why you should consider upgrading to a new motherboard.

Although it is pretty expensive to replace a motherboard, this move has many benefits, including increased speed, better graphic support, and hardware support. Here is why replacing the motherboard is worth the cause.

If your motherboard is rather old, it might have well-experienced wear and tear that can slow down your CPU. As a result, upgrading to a newer motherboard will deliver to your numerous performance gains. With a relatively new Central Processing Unit, you will achieve increased efficiency when using your personal computer.

For a Better Graphics Card

Even though the above tips are sufficient when considering replacing your computer’s motherboard, the single most significant reason you should undertake the upgrade is to get a better graphics card.

With less lag, expect your games to run faster, all while increasing the built-in game settings to allow the games to run at a more graphically intense level than your previous graphics card. Similarly, for non-gamers such as video editors and casual internet users, upgrading to a newer motherboard is the best bang for your money since you will enjoy the enhanced user experience.

You Have a Damaged Motherboard

Although damaged motherboards are infrequent, they still pose a huge problem when they occur. If you don’t find it worthwhile to replace your motherboard, disconnected plugs, snapped pins, and static electrical discharge, among other issues, should be enough reasons to make you seek a professional motherboard installation.

Since upgrading the motherboard is the most expensive upgrade you can make on your PC, it requires the services of an expert to carry it out.

Nevertheless, if you are confident in your ability to match parts correctly, then you can carry out the upgrade on your own.

If You Seek New Features

Although you may not think of motherboards as components with exciting features, the latest technological advancements in the proposed soul of computers demand that you upgrade to leverage from its benefits.

Finally, if you wish to achieve more performance with your system, you might want to use an overlocking CPU. To achieve this, however, you need an overclockable CPU and a motherboard that supports overclocking. How Much Does A Motherboard Cost?

Recently, motherboard manufacturers have made it easier than ever to purchase a new motherboard. A motherboard costs anywhere from $100 to up to $1,000.

Check the specs and majority of them within that range should deliver everything you may need. This includes plenty of storage, enough PCle ports, onboard WIFI, and USB 3,0 for USB type-C.

Spending many bucks, say $600, on a motherboard isn’t worth the cause since it doesn’t offer much of a difference compared to other motherboards.

High-end motherboards are primarily for professional gamers and those who wish to overclock their CPU at extreme levels. But for everyone else, purchasing a motherboard should be easy even for brands such as ASUS, GIGABYTE, and MSI.

Since the motherboard connects to both the HDD, GPU, RAM, and CPU, among other hardware, it is essential to ensure compatibility of the motherboard to guarantee that you won’t experience any bottlenecks in the system. Compatibility prevents your machine from crawling at a slow pace.