Why Does Siri Keep Coming On When I Have Headphones In?

Have you ever had your headphones in and suddenly Siri starts talking to you?

A couple of factors could cause your Siri to come up frequently when you have your iPhone and headphones connected. One of them is when you unintentionally press the home button. Besides, pressing and holding the Play/Call button on your headphones can also make Siri come up on your phone. 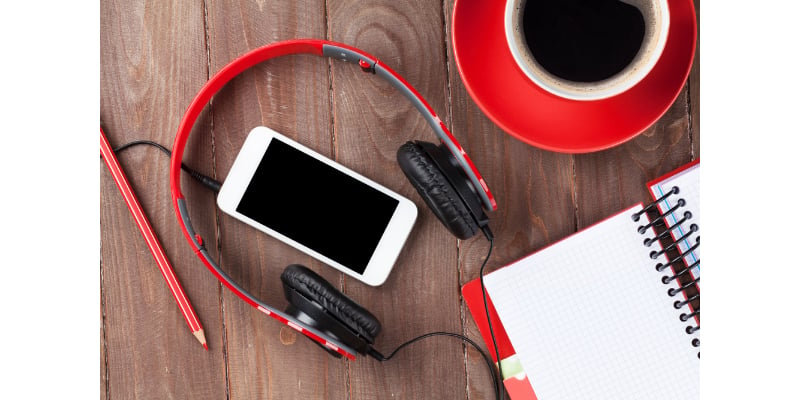 Why does Siri keep coming on by itself?

Here’s one frequently asked questions by Apple lovers regarding Siri; why does the voice-controlled personal assistant keep turning on by itself?

To answer this question, I’ll say that several factors could make Siri keep coming on by itself on your iPhone or other related devices. The issue may arise because of several things, especially when you’re trying to activate the voice-controlled personal assistant knowingly and unintentionally.

Although it always looks like Siri is coming on by itself, you need to understand that this is not very true. According to Apple, the voice-controlled personal assistant comes on mostly when your iPhone thinks you’re trying to switch it on. And that can happen when you try to start a request. Another thing that could cause that to happen is when you’re experiencing hardware- or software-related issues on your phone.

Here’s a better explanation; when you’re experiencing hardware problems, it could cause the Side button or Home button of your iPhone to keep pressing. And when that happens, it will surely activate Siri on your device. Don’t get it twisted, human mistakes could also trigger the pressing of the Side button.

Regardless of why the Side button or Home button keeps pressing, you need to understand that this action will always keep your Siri coming on all the time.

A software issue could also make your iPhone believe you’re saying, “Hey Siri.” If this happens, the voice-controlled personal assistant will surely listen to the voice and come on every time.

Last, your Siri can always come up when you have your iPhone connected to your headphones. However, this will only happen when you perform some actions on your headphones, knowingly or unknowingly.

Why does Siri keep coming on when I have my headphones in?

As you now know, several factors could cause Siri or Apple’s voice-controlled personal assistant to keep coming on by itself. One of them, as previously mentioned, is when you have your headphones connected to your iPhone or other related devices.

So, the question is, why will Siri keep coming on when the headphones are connected to your iPhone?

First, if you’re currently experiencing the situation where your Siri is continuously coming up when you have your headphones in, you need to understand that you’re not alone in it. Looking at several social media platforms and forums, I realized that many people have complained about experiencing the same issue (1, 2). Yes, when something like that happens, it doesn’t necessarily mean that there’s something wrong with your headphones or iPhone.

Here’s what you need to know about Siri

As you all know, Siri is a built-in voice-controlled personal assistant developed by Apple to help its users get things done pretty quickly. Irrespective of the type of device you use, be it iPhone, Apple Watch, Mac, iPod Touch, HomePod, or iPad, Siri can always provide you with a better way of getting things done. The feature has access to all your built-in apps, which is why it’s able to deliver you everything you want quickly.

Furthermore, there are several ways to get Siri to work for you. The first and common way is to say, “Hey Siri!” to your iPhone and other devices, such as Mac, iPod Touch, and HomePod. This way, it means you’re trying to send the feature on an errand or to ask it for some questions.

Apart from using Hey Siri, you can also take advantage of the voice-controlled personal assistant by pressing certain keys on your phone. For instance, if you make use of iPhone 6s or higher models, holding down the Home button and saying whatever you want will get Siri to come on immediately.

On the latest iPhone models using face ID, such as iPhone X, holding down the side power/wake button of the device will cause Siri to come up. That’s not all; on HomePod, pressing the “Home Button” in the center of the top of the device will surely get Apple’s voice-controlled personal assistant activated.

The same thing that happens to other devices also goes for your headphones. If you have the audio device connected to your iPhone, a couple of things can cause it to keep Siri coming on. As earlier mentioned, one of them is when you intentionally or unintentionally press the home button of the audio device.

Yes, every time you unknowingly press the home button of your headphones, you’ll surely find the voice-controlled personal assistant coming up. That’s not all; another thing that can keep Siri coming on is when you press and hold the “Play and Pause” button on your audio device.

Furthermore, Siri can randomly come up on your iPhone when you make use of third-party headphones. The incompatibility of most of these devices is what causes the personal assistant to always come on unexpectedly.

Also, plugging in the headphones to your device can always trigger Siri. The more time you do that, the more the voice-controlled personal assistant will come on. Lastly, having a loose connection is something that can cause Siri to come on often on your iPhone, so do something about the connection to prevent the issue from surfacing always. How do I stop Siri from activating my headphones?

Now that you know the possible reasons why Siri keeps coming on your phone, the next question is; how do you prevent future incidents from happening when connected to your audio device?

You can always stop Siri from activating any time you have your headphones connected to your iPhone. That’s possible when you perform certain actions on your device. You can check below to see how to make that happen:

When it comes to stopping Siri from activating your headphones, the first thing you can do is disable the feature on your device. By turning off Siri, you can always rest assured that the personal assistant won’t come up unnecessarily to activate your headphones.

You’ll be able to turn off Siri from the Settings app of your iPhone. Click on the Settings menu and locate Siri. After finding the feature, tap it to switch it off and that’s it.

Furthermore, you can always add passcodes to your iPhone’s Siri feature. This will prevent other apps from being affected by it.

Clean the lighting port or headphone

Another great way to stop Siri from coming up to activate your headphones is by cleaning the audio device. As earlier mentioned, the voice-controlled personal assistant will get to work when you perform some actions from your headphones, such as pressing and holding the “Play and Pause” button on your audio device.

Even if you don’t perform these actions by yourself, a couple of other things can make Siri believe you did that. An example is when there is dirt on the headphones. Since that’s the case, it’ll do you a lot of good to clean up the headphone.

To clean your headphones, start by inspecting the audio device and check for traces of dirt. You will most likely also need to shine a light on the port to perform the inspection. So, clean up any dirt you find on the headphones. However, while doing that, you need to be extra careful not to destroy or scratch the connector inside the port.