Do You Need To Reinstall Windows With A New CPU?

After upgrading to a new CPU, do you need to reinstall Windows?

Sometimes it is a need to upgrade the CPU if someone wants their computer to work faster; though, even with the whole combo (CPU + Motherboard) upgrades it is not necessarily to reinstall windows. Just link the Microsoft account with the key products, and the rest is simple to do! The processors are the ones that make the computer works. This decodes, analyzes, and executes most of the instructions that make the software runs, so sometimes it is important to upgrade it if someone wants their device to have better performance but this brings many doubts and the installation process may get difficult.

Will Changing the Processor Affect Windows?

A processor is in charge of interpreting commands and executing them. Thus, the processor is one of the most important components of a computer. It executes most of the operations that, besides other components, make a software run properly. The processor executes commands, calculates, and analyzes binary data to perform –and perform– all tasks that make a device correctly.

There are different types of processors, and not all computers –or motherboards– use the same type. These differ in their shape, internal architecture, and their general performance. What is known as a processor, is just a simple sealed mini chip inside a metallic container, and this in combination with other components made the Central Processing Unit, also known just as CPU. Thus, all these components are inside the “processor” chip, which is a processor package, that is the chip that goes in the motherboard.

So, the CPU has six other components apart from the processor itself, and these are:

Control Unit – This sends an operation to the rest of the component as much as it executes instructions, manages data over the systems, and controls the clock.

Arithmetic Logic Unit (ALU) – The ALU, just as its name infers, makes the arithmetic analysis and operations in the processor. This analyzes the binary data and transforms it into functions.

Instruction Register – It has “saved” the next instruction that will be executed by the CPU.

Cache – Inside a processor, there’s not a memory –in theory–; but the processor has various layers of cache where it stores all the instructions that will be reused.

Memory Management Unit (MMU) – This manages the data shared between the CPU and the RAM.

Clock – This is the component that sets the speed at how the CPU works and synchronizes the rest of the components to work together in perfect timing. This synchronization is done by sending electrical pulses in a specific frequency that is known as the clock speed; which is measured in hertz.

What are commonly used Computer Processors?

Nowadays, Intel has set two standard architectures for Windows OS: the 32-bits architecture, and the 64-bits one. The basic difference between the two architectures is that one can transfer 32 bits of data, while the other transfers it in 64 bits. In simple words, this refers to the speed of how a processor works. A faster processor will be able to perform a major number of calculations, which means more operations.

Intel Core processors are the most common nowadays, thus, this is not the only brand in the market, and if someone is considering changing their processor, they have to think not only about the brand but about the type of processor that its CPU uses. So, whenever someone is thinking of buying a new processor they have to take into consideration several things.

There are different types of processors, and not all computers –or motherboards– use the same type. These differ in their shape, internal architecture, and their general performance. What is known as a processor, is a microprocessor that is just a simple chip, and this in combination with other components made the Central Processing Unit, also known just as CPU. 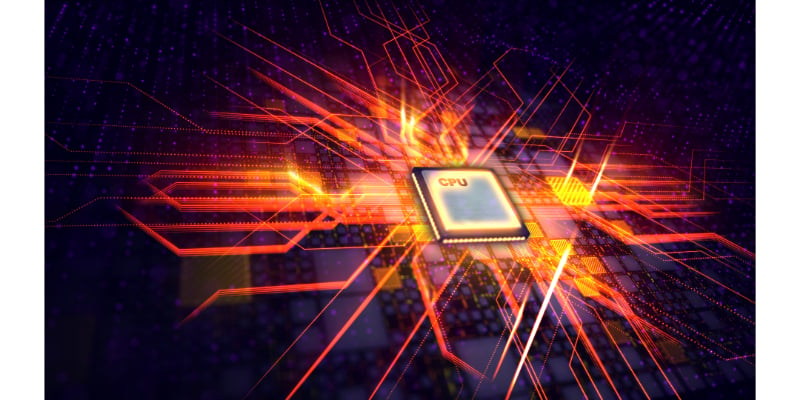 How Do You Upgrade the CPU Without Reinstalling Windows 10?

The main problem with changing a CPU when Windows 10 is installed on the device is the license. The license is linked with the device, and this recognizes the components of this. Thus, it is not the same when the GPU is changed, where most of the time just the drivers need to be actualized; let’s remember that the CPU is in charge of executing the functions that make the software run.

In a perfect situation, the CPU is changed, and this recognizes the CPU, but it is not always like this. Most of the time, the license needs to be reactivated. Thus, when a new CPU is installed there is no need to reinstall Windows 10, but when there is an older version things may change.

The best solution to avoid the reactivation of the license is to link the Microsoft Account with the Windows License. It is easy to link them together, and it only needs to follow the next steps:

Side Note: Some products can’t be linked with a Microsoft account, so in these cases, the Product Key or ID has to be saved when it is bought to be added when the CPU is going to be changed.

Once the account is linked, this process is done again, or click on the option Update product Key if the account doesn’t support the first option.

What will upgrading my CPU do?

In simple words, upgrading a CPU will make the device work faster. The general performance of the computer will increase, behind this, the CPU will work at a faster speed which means that it is calculating and executing more operations in the same or less time.

Thus, the difference between the performance of one processor and another is not that big when the user is changing from one version to the following. But what makes a difference is an architecture upgrade, or changing between a really old version to the newest; thus, this may require a motherboard upgrade, too.

Do You Need to Reinstall Windows 10 After Replacing the Motherboard?

Most of the time, when the processor is changed, the motherboard has to be changed too since the sockets are completely different, even between versions of the same brand! Thus, a few problems may appear after changing the motherboard; the most common is Windows activation of installing problems.

The processor is one of the biggest responsibility that makes the devices work, but when this is changed Windows may malfunction sometimes, however it is nothing to worry about and most of the time is easy to solve!