You just got your new PS4 and it has been stuck on the 2.4 GHz WiFi. Or maybe you’re trying to connect to a 5 GHz WiFi network and can’t figure it out.

This issue usually appears because of the wrong model of PS4, which doesn’t support 5GHz or maybe you need to add some changes in the network settings. First, you need to find out what causes the problem, so then you can use the right methods to solve it. 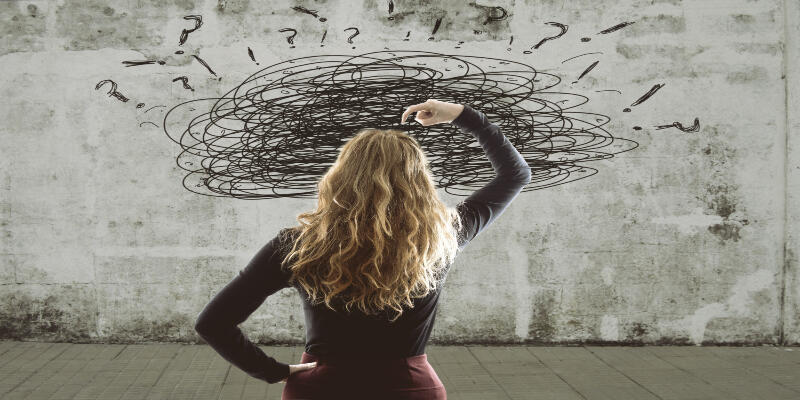 Can The PS4 Connect To 5GHz?

The quick answer to this question is yes. You can connect certain models of PS4 to 5GHz. If you want to boost the internet speed for a better experience, definitely change your 2.4GHz connection to 5GHz.

To connect to 5GHz, you need to have PS4 Slim or PS4 Pro models. These have the needed 5GHz features, so you will have more opportunities using them.

Unfortunately, the original or regular PS4 models can not be connected to 5GHz, because they don’t support this connection and don’t have the needed feature.

So as long as you have other models besides the original one, you should be able to easily connect to the 5GHz network. And you should not face any issues. That’s why you need to check the model of your PS4 before trying to connect to the network.

What Is The Difference 2.4GHz vs. 5GHz Speed?

2.4GHz and 5GHz have many differences. 5GHz WiFi is much faster than 2.4GHz at closer distances, meaning if you want to use 5GHz for long distances, it won’t work as well.

2.4GHz is considerably slower, however, its primary advantage is that it covers longer distances.

So one of the major downsides of 5GHz WiFi is the limited range of its coverage. Even though 5GHz is faster and seems better, the 2.4GHz WiFi is more popular among the users.

Another thing that differentiates 2.4GHz and 5GHz is that there are fewer people choosing to use 5GHz than there are using 2.4GHz. However, the number of people using 5GHz has been rapidly increasing these days.

As mentioned previously, the 2.4GHz WiFi allows you to gain access to the access point at further distances, meaning you can fill big areas with an uninterrupted WiFi connection. When using 5GHz you need to have more access points to achieve the same coverage.

Currently, many devices are compatible with 5GHz WiFi channels. The situation with the popularity of 5GHz is constantly changing. The reason people are using the 5GHz channels to connect is that they aren’t very crowded.

It means that users are able to use the WiFi connections with less interference. This affects the connection speed as well.

Another important thing to mention about 2.4GHz and 5GHz is that a 2.4GHz connection can transmit through walls and other hard objects.

5GHz is not good at this. It doesn’t penetrate objects and that makes it not good for long distances. It influences the range of the 5GHz network.

WiFi Alliance certified 5GHz devices as “WiFi Certified” in 2016, which makes the 5GHz technology relatively new. If you’re using the devices, which were made before 2016, the chances are they will not support the 5GHz network.

So, the 5GHz is a great option if you need the speed for better experiences.

When it comes to gaming, the 5GHz will definitely bring you a better gaming experience due to the fast connection. It’s safe to say that 5GHz is vastly superior to 2.4GHz in gaming. You need to test your connection on the home networking setup, 5GHz offers less congestion and wider bandwidth.

The WiFi routers that support 5GHz offer more room for wireless devices to occupy by way of an increased number of channels and more bandwidth than 2.4GHz.

This leads to a greater potential for the connection reliability and speed, so the lags will be reduced as well as dropped connection.

It is important to note that if your PS4 is set up far away from the router, you will not have the same good connection, as if you had the console right next to the router. So you need to plan out the place where you want to set everything up close to the 5GHz WiFi router.

The 5GHz network doesn’t work well on long distances, that’s why if your console is far away from the router, then it’s recommended to use the 2.4GHz network.

Why Is Your 5GHz WiFi Not Showing Up On PS4?

The issue may be that you have the original PS4 model. As mentioned above it does not support 5GHz WiFi, so it will not show up on your PS4 accordingly.

Another reason may be that your WiFi router is not set up, so you need to check your settings and make sure the router is connected to the 5GHz network and not to 2.4GHz.

So basically, this issue is due to the router and PS4 support of 5GHz. In many cases, it is easy to solve and should not take a lot of time to resolve. Is 5GHz WIFI Better For Gaming?

Your WiFi network needs additional and enhanced speed for gaming. You should always choose 5GHz for your gaming needs since it offers the best possible speed on your internet connection and from your router.

You can use 2.4GHz WiFi for light gaming and browsing, but if you’re into online games that require extensive internet usage, you must choose 5GHz WiFi in your settings to get a seamless experience.

How Do You Enable 5GHz WiFi On PS4?

When you make sure your console offers 5GHz bandwidth will not solve the issue completely. As mentioned above you need to check if your WiFi router supports 5GHz as well. Some routers offer simultaneous dual-band WiFi. This means the router can output 2.4GHz and 5GHz at the same time.

You can easily check if your router supports 5GHz online or on the router’s package. Online you can find this information on some forums or on the official website of the manufacturer of the router.

It’s important to mention that you need to go into the network settings of your PS4 and select the 5GHz band SSID(service set identifier).

This you need to do after the pre-setup phase. The service set identifier is your router’s name. You need to look for the name to which you connected your devices and remember how the name was displayed during the setup.

You need to make sure that the name of the router is the right one, which supports 5GHz. If you don’t see the name of your router, then reference the router’s setup guide to check how it displays the band.

On PS4 press X when hovering over the needed 5GHz SSID, then enter your password and encryption key credentials, so you can test the connection. If you entered everything correctly, then now your PS4 is connected to the fast 5GHz network.

If the problem is with your WiFi router, you can force it to use the 5GHz band. To do that, you need to open your browser, and then enter the manufacturer’s default IP address. You can easily find it on your router.

Usually, it’s located underside of the router or in the user manual. Then use your username and password to log into the setting page of your WiFi router.

After that, you will see the wireless tab, where you can edit the wireless settings. Here you need to go to the “Basic” tab. Then сhange the 802.11 bands from 2.4GHz to 5GHz. Make sure you click on the apply button to save the changes.

Best Recording Software for PC for [Our Reviews and Comparisons]
Top 6 Tips And Tricks For Google Docs You Should Know
How To Remove The Battery From HP Laptop? Simple Guide