In the event of a medical emergency, you need to quickly find out what to do. Knowing your country’s emergency number is key for this endeavor.

When someone says “Siri 112”, the virtual assistant will dial the emergency services, it is the emergency number in Europe. However, just do it when it is a real emergency; otherwise, the caller could receive a penalty fee or go to jail. 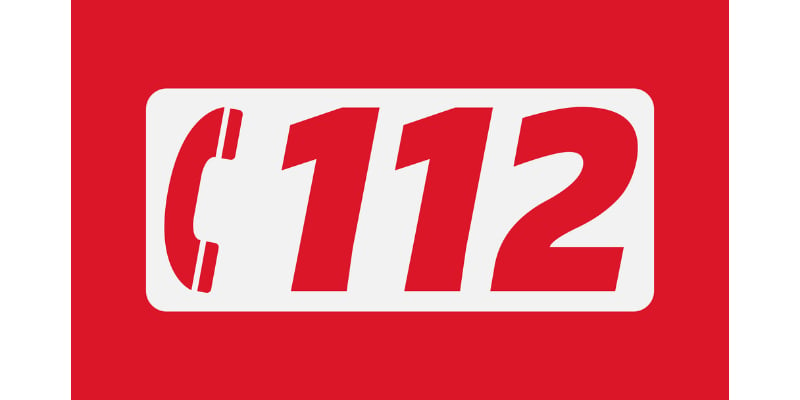 Siri is the iPhone virtual assistant. Siri uses voice commands and gestures to control the phone and assist the user with any request; thus, Siri can save information to improve the user experience with the device. This data can be previous searches, common requests, preferences, and even idioms.

Siri works under voice commands which receive the name of gestures. Whenever the user asks Siri to act, Siri will do it. Commands like “Siri call mom” or “Siri, what is …” are common requests; however, this virtual assistant has some unknown gestures that people could use.

Siri can perform more gestures than people think. This virtual assistant can complete phone action, search information on the web, manage a few apps, and like a real assistant, Siri can schedule an event, set reminders, and take notes. Then, there are all those unknown gestures that Siri can perform; though, people have to be careful with some of them!

The emergency services are efficient and always ready to help when people need it, though they take their job seriously. It is inappropriate to make prank calls to emergency services; thus, this is punishable by law.

Never try to dial emergency services; at least it is a real emergency. The person may receive multiple charges according to the seriousness of the matter. So, if someone says Siri the emergency service number of their country just for fun, this user will receive a penalty fee and may even go to jail.

Emergency services numbers can change in every country, but 112 is the emergency number in most countries on this continent. This number will contact the user with center control and determine which service needs the person.

Does Siri have other secret commands?

Siri truly acts as an assistant. Siri can accomplish several tasks in its active mode, such as make calls, send messages, scheduling, set alarms, reminders, translate, do online searches, manage a few apps, and so on. Moreover, Siri has some hidden commands and gestures that people can apply.

SRI IAI originally developed Siri in 2005, but it wasn’t until 2010 that Apple introduced the new app for their products. In the beginning, Siri was basic and perform simple tasks; nowadays, the in-built app performs various actions that simplified the user life. Therefore, Siri is easy to use and works under commands or gestures. Though, this virtual assistant can save data from apps to enhance the user experience when it is in its passive mode.

Though Siri is easy to use, the user only needs to say “Siri” and name a command (which are “gestures”). Also, this virtual assistant has become more intelligent over the year, and Apple keeps adding more new features to Siri; thus, it has some unknown commands that can make user’s life more comfortable. Let’s know a little bit more about some of Siri’s secret gestures!

Find Photos. One of the most controversial features of the iPhone is the Face ID; however, the system can use this feature to find photos; and not only to unlock the phone. I am the kind of person who has a phone gallery full of pictures and videos, and it is hard to find specific photos. Well, Siri can help me find what I want; I have to say, “Hey, Siri. Find my photo on the beach the past month”. The system will start looking for similar pictures with the description I gave, and then, it will show it on the screen!

User’s name recognition. Siri can remember your name. When you say, “Hey Siri, call me (your name),” and since that, Siri will always call you by your name.

Specific Information. Siri can search any information on the web; simply, ask Siri for what you can to know, and it will look for you. In the same way, Siri can set alarms, reminders, schedule events, solve math problems, and so on.

Sound Recognition. iPhone has a new accessibility feature to recognize sounds of alarms, animals, buildings, and people. The user can activate this feature and select which sound wants the phone to recognize; then, the iPhone will show a notification on the screen whenever the system recognizes one of the sounds. This is not a Siri feature, but the system won’t attend for “Hey Siri” gestures when this option is turned on. What Does Number 112 Stand for?

When someone calls the 112 doesn’t need a sim card so it can make a call whenever it needs it. An operator will respond to the call and will be in charge of determining which emergency service will need the user. Thus, the emergency services are always available; actually, the Federal Communications Commission in their official website says, “Dialing 112 from any country in the European Union (EU) will connect you to emergency services, such as police, fire, and ambulance services. Dialing 112 could be a life-saver and is completely free. You can dial 112 from any mobile phone, landline, or payphone. In most EU countries, the operator will speak both the local language and English.”

However, never try to make a prank call to emergency services; they take their job seriously, and they are always ready to help when people need it. Just dial emergency services when it is a real emergency. Otherwise, the person may receive multiple charges according to the seriousness of the matter; this person will receive a penalty fee and may even go to jail.

Siri is an artificial intelligence that works as a virtual assistant. Siri has several functions, and it is always ready to help the person with any request. Also, have special secret commands as “Siri 112” that will immediately dial the emergency services if the person is in a dangerous situation.

How To Allow Only Certain Websites on WiFi: Simple Guide
Can I Have Wi-Fi Without a Router? (4 Ways)
Do Ethernet Couplers Reduce Speed? (Explained)