How Do You Use Multiple Keys on a Keyboard? (Explained)

Multiple keys on a keyboard allow for typing in different languages and symbols.

If you want to simultaneously press multiple keys on a keyboard, you’ll need to first make sure there are no hardware limitations. Standard keyboards often don’t cater to many keys being pressed at once. How Many Keys Are on a Keyboard?

Standard computer keyboards have 101 keys. This is a combination of alphabetical keys, characters, numbers, symbols, and functions. There are also other important keys like the Ctrl, Alt, Windows, Enter, and Space keys.

How Are the Keys on a Keyboard Organized?

I’ve discussed the different types of keys that you’ll find on a standard keyboard above. Let’s talk about each in detail and discuss how the different keys are grouped on the keyboard.

Numeric keys are your numbers. Some keyboards have them in two places. A standard computer keyboard has them on the second row on the top and on the right-hand side of the keyboard in a calculator style. This makes it easier to type numbers or do calculations efficiently.

These are your alphabetic keys on the keyboard. Although, the letters are not in alphabetical order. This is because, back when typists used typewriters, the keys would get jammed when they were in alphabetical order. To solve this problem, they were placed in random order – an order that has become a modern standard. Your typing keys take up the majority of the middle of your keyboard.

There are usually two Ctrl buttons, two Shift buttons, and two Alt buttons. This allows you to efficiently press more than one key at a time in a convenient way.

These keys were designed to carry out specific functions or tasks. The task each one carries out can be unique to each computer or program. These keys range from F1 to F12. Usually, the keyboard shows a symbol on each function key that prompts the user which action each one performs.

Navigation keys include the up, down, left, and right arrows as well as delete and insert. These keys making editing documents much easier. The arrows are also useful for navigating through documents and are often used by gamers.

Typists also find the insert and delete keys to be quite efficient when they are typing at high speeds. These keys improve their typing efficiency by a mile.

Shortcuts may be one of the main reasons why keyboards were designed to let you press more than one key at a time. Shortcuts are used for a range of functions. They can be used to paste (Ctrl + V), copy (Ctrl + C), delete (Ctrl + Del), print (Ctrl + P), etc. These are some basic shortcuts. Let’s look at some more complex ones.

To enter the current date, for example, you can click on Alt + Shift + D or format a number in a percentage format in Excel by pressing Ctrl + Shift + % simultaneously. These shortcuts have been designed to make work easier and more efficient.

How many keys can a keyboard recognize at once?

Keyboards were designed to be efficient. That means that all the keys on the keyboard have been strategically placed, aimed at making it easier and quicker to complete various tasks. Most standard keyboards can recognize up to six keys pressed all at the same time. This is called rollover.

Gaming keyboards, on the other hand, can have up to 10-25 key rollover capability! That’s because some computer games require users to be fast and perform multiple tasks at once. Thus, they are likely to use multiple keys at once.

How do I remove the limit on PC keyboard button presses?

If you’re struggling with the limit on your key rollover, then you can consider the following tips to increase the number of keys that you can press at the same time.

If you bought a cheaper keyboard and your computer is not recognizing all your keyboard button presses, then there’s a chance that it simply doesn’t have that feature. In these cases, it’s better to try and purchase a new keyboard. Gamers, for example, can process a keyboard recommended to games.

Why Is There a Limit on PC Keyboard Button Presses?

Cheaper keyboards have a limit on PC keyboard button presses because the manufacturers use the same circuit for multiple keys. Apart from being able to press Ctrl + Alt + another key, some keyboards limit you to two key presses at a time. That’s why gamers often buy keyboards that cater to multiple button presses. 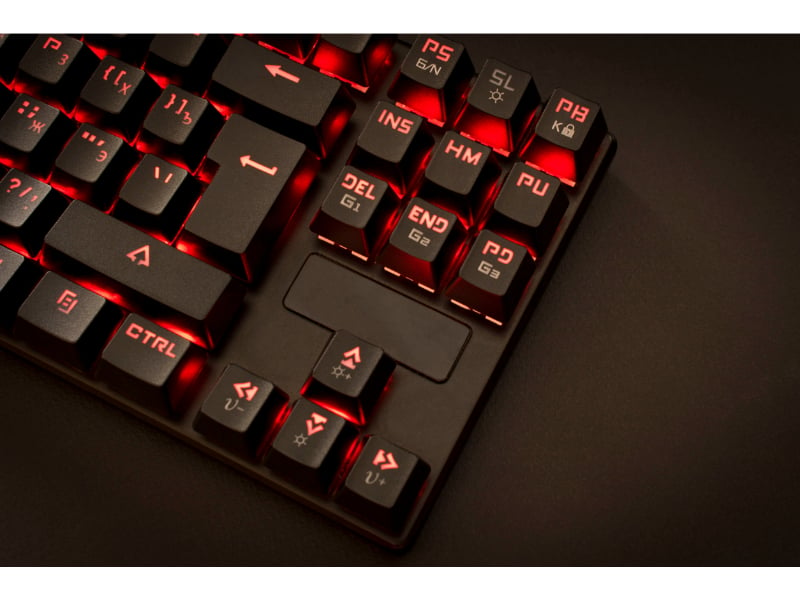 What is a Mechanical Keyboard?

The Advantages of a Mechanical Keyboard

Another obvious benefit is that they allow you to press multiple keys at once, but the keystrokes are also way more responsive. When you’re typing at high speeds, slow keystrokes or keystrokes that aren’t as responsive can become frustrating.

Another really great thing about buying a mechanical keyboard, they give you programmable keys. These are keys that allow you to customize actions or instructions according to your needs. Some keyboards are really limited to the number of programmable keys they offer, but you can buy a keyboard that allows you to customize or program multiple keys to suit your needs.

The takeaway here is that standard keyboards are not designed to meet the needs of gamers or people who type at high speeds for various reasons. That’s because they are less responsive, they are not designed for comfort like a mechanical keyboard is, for example, and they don’t allow you to press too many keys at once.

If you’re looking for a highly efficient keyboard, you’ll want to upgrade to a mechanical keyboard or something similar.