What Are the Disadvantages of SSD? (Explained)

Solid State Drives are a new and emerging technology, but they are far from perfect.

There are several disadvantages associated with an SSD. It is more expensive based on the storage space and has limitations regarding lifespan, storage, and data retrieval. However, they do not outweigh the benefits. Is an SSD Better than Hard Drive?

This depends on a lot of factors beyond the costs and capacities of a Solid State Drive (SSD) and Hard drive (HDD). Those that affect your experience. They include power usage, speed, reliability, and noise.

It’s important to understand the sort of data you work with. Moreover, you need to know when and how you can access It and thus be able to do a comparison between SSD and HDD. This will help you get an ideal solution for yourself.

In regards to the capacity, the SSD’s always come in small storage sizes compared to the HDDs. The capacities for SSDs can go up to four TB while for the HDDs’ it can be up to fourteen TB. When gauging the cost per capacity, the hard drives are often in the lead.

However, with the price decline of the SSD’s, this is less of a distinguishing factor for HDD. As for reliability, it’s determined by whether the storage of data is as planned in a state that is not tainted.

An SSD is typically more reliable compared to hard drives.

This is a function of retaining parts that aren’t moving. Without the movement, an SSD is not impacted on by associated thermal or vibration problems. SSDs use little power and thus have lengthier battery life.

This is due to data accessibility being extra fast. With a spinning disk, an HDD needs more power when starting than an SSD

What Are the Disadvantages of SSD?

This is better understood as the write cycle. There are several times you can rewrite and delete data on an SSD. Whenever there is a process completion, the drive’s cells decay. The deterioration proceeds until the SSD is not usable.

It may not survive long as a desktop device will.

If there is data erasure on an SSD, it may be almost hard to retrieve the data. Though this may be beneficial when it comes to data security. It can cause serious problems if there aren’t adequate backups done.

Besides, unlike the hard drive, an SSD has got scattered data in flash memory. Anytime there is a defect on the flash memory there can be no alternative to reclaim the data it has.

An SSD is more costly compared to a hard drive if you estimate the cost for each GB of the space. An easy calculation points to the drive being double the price of a similar amount of storage space in an HDD.

This means PCs having SSD will cost more than a traditional HDD system.

The storage size in an SSD is restricted to specific values. For instance, the base space of an SSD is 128 gigabytes. It’s very rare to find a drive with high storage capacity.

Also, when the storage space goes up the device’s cost automatically keeps rising.

How Many Years Does SSD Last?

With the recent estimations, the age threshold for an SSD is approximately a decade. Though the drive’s average lifespan is much less. These devices are quite new in the market and the manufacturers are also striving to determine the duration they can last.

Dealers in the market rate reliability for an SSD based on factors like drive writes per day(DWPD), age of the drive, and total terabytes written(TBW). Of all these characteristics, the age of the drive is a reliable measurement.

Users and vendors can compute DWPD and TBW, though some of the figures are estimations.

According to a study conducted between Google and the University of Toronto, there was a test on the SSDs within a four-year duration. It revealed that age was the major factor in driving faults.

There was also a report of Google replacing SSDs almost 25 percent less frequently than the hard drives.

Furthermore, SSDs noted additional omissions than HDDs. And it was with many uncorrectable errors and bad blocks.

Is It Bad to Have Your SSD Full?

Having a full SSD isn’t bad, although computers tend to slow down as the drive fills up. You need to have some space on the SSD or its writing operation may slow down. I know this may shock you, but it’s rather easy to comprehend.

A drive with plenty of free space possesses tons of unoccupied blocks. When you write, it writes the data for the file in those blank blocks. And with an SSD has limited free space, there are lots of partly full blocks.

When you try writing a file, it’ll read the block filled partly in the cache, alter the partially full block with fresh data, and write back onto the HDD.

This has to occur with all blocks in the file where you’ll do the writing. This means writing on a blank block is fast.

However, writing on a partially piled block comprises reading partially full block, altering the value, and writing back.

You can do this more than once for every file you write on the drive since the file may deplete several blocks. 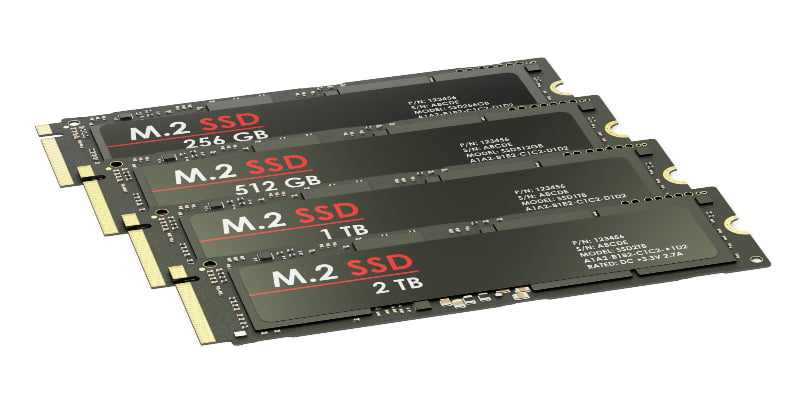 How Do I Know If My SSD Is Dying?

It Often Crashes When Booting

In case your computer crashes in the process of booting and operates well after you hit the reset button, its SSD is probably the problem. It may be a terrible block or an indication of a dying SSD.

Therefore, it’s reasonable to ensure you back up data before losing any.

You can test the drive by downloading and running the tools for diagnosis. And if you have already backed your data up, you can try to format the drive and then reinstall the operating system (OS).

There are bad blocks on the SSD’s just like the bad sectors on the hard drives. The bad blocks refer to an instance where a PC tries reading or saving a file though it takes more time than usual.

And in the long run, it fails, and the system ceases with an error notification.

The SSD Goes on Read-Only Mode

Though this doesn’t occur more often, some users have encountered it. The SSD may fail to allow you to execute any operation. Those requiring the drive to write data on the disk.

Nevertheless, it can function even with the read-only mode. For every purpose, it will seem dead, although you may still recover your data.

Before you even discard an SSD that you believe has ceased to function, you can attempt connecting it as a secondary or external HDD to a different PC.

Ensure you do not boot the OS from an SSD. You are supposed to use the main drive for the computer. If your SSD is still operating in the read-only mode, recover all the files before you cautiously erase the drive.

Are SSDs Worth It?

SDDs can be worth it depending on what you are looking for. For instance, if you need durability, flexibility, or even speed, acquiring an external SSD is completely worthwhile.

It may save you a great amount of time and extra cash in the end, depending on the duration the drive will last.

There has been a tendency that has seen the utilization of the Solid State Drives displacing the conventional HDD. This is in different types of electronic equipment.

And even though there are advantages attributed to the SSDs, there are still disadvantages that make it hard when it comes to making excellent choices.

How Much Does NordVPN Pay YouTubers? (Answered!)
Should You Partition SSD? Pros and Cons!
Can the Nintendo Switch Use 5GHz Wi-Fi? (Explained)