Why Should You Install An SSD Drive In A Laptop? Learn now!

It’s overwhelming to see how quickly technology becomes obsolete and laptops are a clear example of this. I’m sure many of you have a laptop that is more than 2-3 years old at home and you’re probably considering buying another one. However, I am here to show you what the best option is when updating a laptop.

Installing an SSD (a solid state drive) is a good way to improve the performance of your laptop, as this improves the speed of programs and how they load and work with data so you will feel that your computer is much faster. 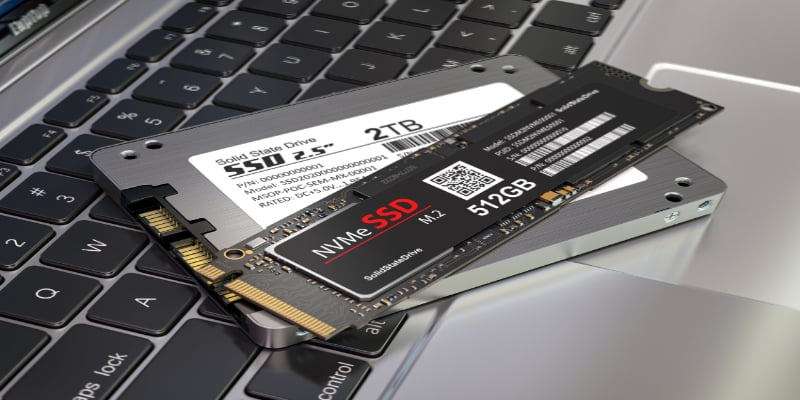 Do you also want to have an SSD on your laptop, but you would like to know first if it’s worth it? Keep reading to know all the information about it.

Does An SSD Improve Laptop Performance?

You should know that your laptop will not get more FPS (Frame rate) in games, nor will it be able to render faster, you won’t be able to score more points in 3DMark.

Three major factors will improve if you choose to use an SDD drive: Start-up and shutdown time, loading time for programs and games and copying files and installing software.

Even relatively new systems can experience a significant performance improvement when their hard drives are upgraded to an SSD.

Kingston entry-level SSDs, for example, are ten times faster than a conventional hard drive, giving you faster access to programs and files.

In addition, you should always choose SSD drives that offer increased storage capacity, since there are drives of several terabytes (TB).

Increase speed even further by adding an optimal memory configuration to your system for your applications and usage levels.

Since its memory is the first place the processor looks for information and instructions, this is crucial to help your laptop load frequently used data and help it work more efficiently.

A good SDD drive should take the guesswork out of purchasing memories with the product search tool. You should also use the search tool to enter your system data.

SSDs are younger and they promise great performance compared to traditional hard drives. These drives are available in numerous formats ranging from miniPCIe, PCIe and m-SATA cards to more traditional formats such as 2.5 inches and 3.5 inches.

However, I would say that the 2.5-inch format is currently the most popular.

These units do not have moving parts, but we can find NAND memory chips inside which keep the data once recorded, and a controller that is responsible for distributing the data on each memory chip.

There are two types of chips, MLC and SLC, each with its advantages and disadvantages as well as different types of controllers.

A great advantage of SSDs over hard drives is the possibility of working in environments with up to a certain magnitude of vibrations without any problem since the laptop doesn’t have mechanical parts.

In general, my best advice when buying a laptop is to look almost exclusively at those computers that have an SSD disk.

For example, modern macOS and Windows operating systems usually have already installed these systems so you can acquire them in any main store, they are sometimes more optimized for SSD, especially in Windows 10.

As the Wirecutter mentioned, there are many tests that prove this new equipment as an effective way to improve your laptop’s performance. The tests work on both HDD and SSD, but it all depends on the CPU or GPU we have.

What Are The Disadvantages Of SSD?

The first negative aspect you must know about is that SDD drives have a higher cost for less capacity. Being a new technology, the costs of SSDs are higher than HDDs and with less capacity in gigabytes. This has gradually improved as SSDs are the new industry standard.

On the other hand, internal memories have failed from time to time since they are based on useful cycles.

If a memory cell fulfills its useful cycles, it stops working, leaving the cell unusable and inaccessible, which can result in loss of information. Cells have many useful cycles and SSDs can last for many years, depending on usage.

Low data recovery after formatting is another disadvantage as well as partition damage or physical damage. Because of the type of technology and the fact that it is still a new technology, data recovery hasn’t reached its full potential.

However, some companies are dedicated to creating more advanced software to improve this even though it is still far behind HDD recovery.

Although solid-state disks have an algorithm that efficiently uses the cycles of each cell, it’s very easy to damage it after you use it many times (HDD tends to last for many more years).

So one of the solutions is that we connect the SSD to cloud computing which allows us to have an almost automatic backup of your information.

Moreover, if your SSD is damaged you will have a complete backup in the cloud so you will only have to replace it with a new SSD and download your information again.

You can also have computers where the operating system and programs are installed on an SSD (for speed), and the information stored on an HDD (for protection and information recovery if necessary).

As you can see there are more advantages than disadvantages. However, the disadvantages seem to affect the most delicate of a device that is used for storage, the information. 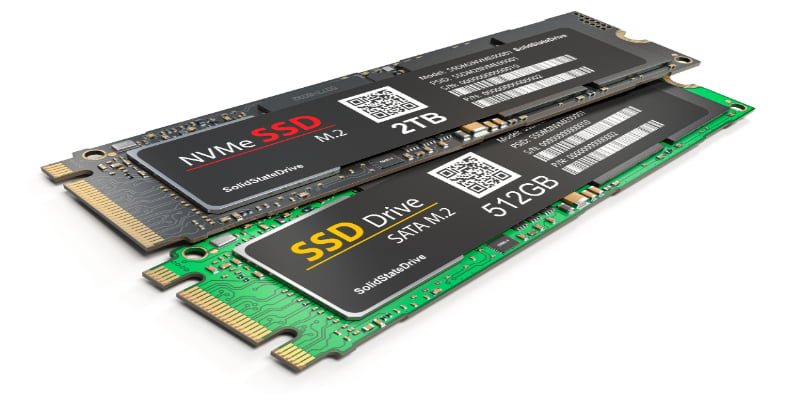 Why Should You Install An SSD Drive In A Laptop?

Laptops are often difficult to update. In many cases, the processor, motherboard, and GPU are soldered onto the same mainboard, which is why the only upgradeable components are RAM and storage. You’ll need to replace the entire part if one of these features fails, in other words, you can’t just change it;, which can be complicated and expensive.

Yet, an SSD is not difficult to install. Users can actually upgrade most laptops on their kitchen table with just a screwdriver. If you have both, you can start whenever you want.

If you wish to put an SDD drive in your laptop, you should know that you’ll receive improved energy efficiency because SSDs have no small moving components, uses less power to function, and It can help to prolong the life of your laptop’s battery.

It is also advantageous to manage many jobs at the same time. Because of an SSD’s increased data access capabilities, you can easily switch between apps.

From storing data to doing antivirus system checks to accessing apps, websites, and playlists, an SSD lets you to multitask with little to no lag.

SSDs may have more constant operating temperatures than hard drives since they access data via flash memory rather than searching for it on a spinning tray like a hard drive. This can help keep total system temperatures low.

Because SDD drives do not have microscopic moving components that are readily damaged, they are more durable and reliable.

You may throw them around and still save your vital data and information. SSDs, which are designed to dependably retain your data for years, provide extra stress and vibration protection for travel-proven endurance.

If you are still not convinced, you should know that they feature flexible storage as well.

SSDs are available in a variety of form factors, and some (such as mSATA) may be connected directly to the system motherboard, allowing the drive to serve as a cache drive or in combination with your current hard disk.

Furthermore, by just putting an SSD into a USB port, you may utilize it as a large flash drive.

This feature allows SDDs’ installation to be easier and have better time optimization.

With step-by-step videos and installation guides, installing an SSD is a breeze and requires no computer skills.

Simply grab a screwdriver, your system owner’s manual, and you will be guided through the process.

Because computers are used for a wide range of personal and professional duties, the enhanced speed and efficiency of an SSD means you will be able to accomplish more in less time.

There is no longer any buzzing while utilizing a hard disk.

Should You Use An SSD As The Primary Drive?

Yes, it is possible to have a single SSD as the main storage. In fact, it is highly recommended if you are going to use little space.

In this way, you avoid using a hard drive that is louder, larger, and consumes more power.

If you’re installing Windows and other similar programs, you should use the SSD for your primary drive since it will speed up your system significantly compared to an HDD.

That is why many users choose both a small and fast one for operating systems and applications plus a large and slow one for games, movies, music, and photos.

However, if you’re just using an SDD to store your data, I would always advise storing them on hard drives that give a certain “reliability”.

A hard drive always warns you by making a noise, or giving an alarm if there’s any failure, the SSDs will never say anything before ”dying”. If they don’t turn on anymore, retrieving your data will be very challenging.

Some other alternatives are to use the WD Red or the WD Purble which are proven and reliable hard drives even though they might be a little bit slower.

The update process is straightforward. The first thing you have to do is to mount the SSD in the 2.5-inch SATA – USB box and connect it to your computer.

Then there’s the part of cloning the hard drive to the SSD in case you want to keep your equipment as you have it.

If you prefer to start from scratch, you can start with the installation of the operating system with the change of unit directly. The solid state hard drive is an amazing option because it incredibly speeds up the access time to information. Your experience will be more pleasant and you won’t have to buy another laptop.

Moreover, an SSD is useful if you want to install advanced operating systems as well as programs or games that you will use very often.

Does Overclocking RAM Help With Gaming? (Explained)
Why Is There a Yellow Spot on My iPhone Screen? (Solved!)
Can You Use Your Company Laptop for Personal Use? (Explained)