Why Does Mac Ask For Password When I Have Touch ID? (Explained)

When you use Touch ID on your Mac, it will ask for a password at some point. What is Touch ID?

Apple’s Touch ID is a sensor that helps to scan, read, and identify fingerprints. The feature was first introduced in 2013 when the iPhone 5s was released. At the time, the Touch ID feature was built into the home buttons of the iPhone 5s model.

So far, Touch ID has been introduced on several different iPhone models, such as iPhone 8 and 8 Plus. Apart from iPhones, some other Apple products that pack the Touch ID feature include the iPad mini 3, the iPhone SE (2020), the iPad Air 2, and the 2017 & 2018 iPad models.

MacBook Pro (with touch bar), released late 2016, was the Mac product to feature Touch ID. Ever since then, Apple has been able to add the feature on many other Mac devices, such as the MacBook Air. On MacBooks, Touch ID is usually built around the corner of the function bar.

One of the primary functions of the Touch ID feature is to help bypass the lock screen’s passcode. It also helps when it comes to authorizing App Store purchases. Furthermore, Touch ID also makes it pretty easy to sign into apps quickly and easily.

From the “Touch ID & Passcode” option, you need to tap the “Turn Passcode On” button. After that, all you need to do is to enter a six-digit passcode. Next, you need to enter the passcode again to confirm and activate it.

Here’s how to use Touch ID on Mac

Setting up and using Touch ID on your Mac isn’t a daunting task as you may have thought. In case you’re having some challenges getting it done, you can follow the simple and direct steps below:

Why does my Mac ask for a password when I have Touch ID?

After going through several social media platforms and forums, I noticed that this is one of the questions that Mac owners often ask.

Well, a couple of factors can contribute to why your Mac is asking for a password to unlock your device instead of the Touch ID.

According to Apple, one factor that could make that happen is if the Touch ID fails to recognize your fingerprint. In this case, if you try your fingerprint five times without success, your Mac will certainly ask you to enter your password for security reasons. Yes, your Mac is only trying to ensure that your device is secure.

Logging to your Mac

For security reasons, Mac devices with Touch ID are designed to first ask for passwords after every login. It doesn’t matter if you’ve just set up your Touch ID or not; as long as you’re just logging in afresh on your Mac, you’ll be required to enter your password for safety purposes.

Here’s what Apple says regarding it below:

Have you unlocked your Mac in the past 48 hours?

If you haven’t unlocked your Mac in over 48 hours, Apple says you’ll be logged out of your device and be required to enter your password before starting to use your Touch ID.

So, if this is what you’re currently experiencing, you don’t need to worry yourself over it. Just enter your password and start enjoying your Touch ID.

Did you just delete your fingerprints

According to Apple, another factor that could make your Mac ask for a password instead of allowing you to use Touch ID is when you just deleted your fingerprints. This issue could also surface if you just enrolled in new fingerprints.

The bottom line is that several different factors could contribute to why your Mac is asking you for a password instead of allowing you to use Touch ID. One of the common causes is if you’re experiencing a fingerprint issue.

Besides, you need to enter a password before you can use Touch ID in some cases, such as when you’re just logging in to your device and if you haven’t unlocked your Mac in about 48 hours. 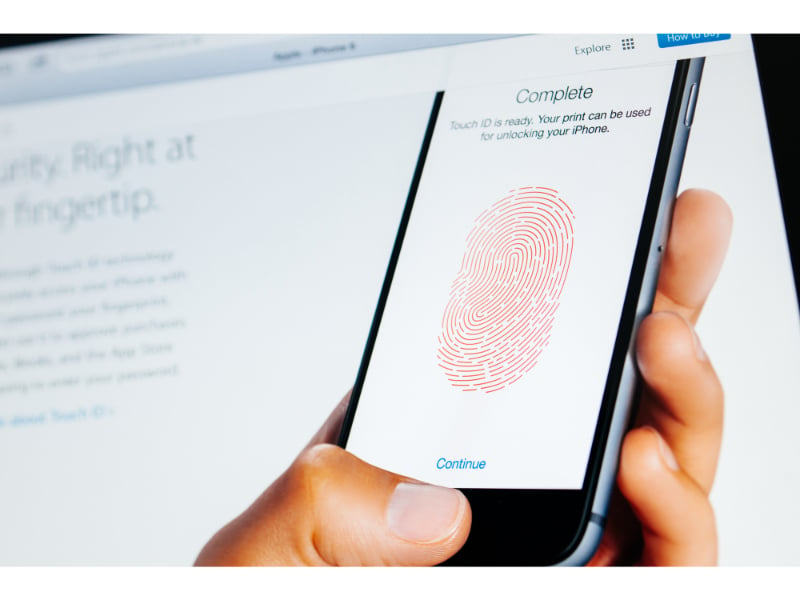 How to fix the problem with Touch ID?

If you’re currently experiencing any of the issues mentioned above, you need to understand that there’s a way out and there are a couple of ways to avoid them in the future.

For instance, if you’re currently experiencing a fingerprint issue when trying to use your Touch ID, there are a couple of ways to address the problem.

According to Apple, you need to avoid trying and failing five times. You can avoid that by making sure that your finger is clean and dry when trying the Touch ID.

Generally, one of the factors that could cause a fingerprint issue when using Touch ID is the presence of moisture, lotions, and cuts on your fingers.

Even if you have dry skin, this could also make it difficult to use the feature. That said, ensure to clean your finger and remove every trace of moisture and lotion before trying again.

Starting up your Mac will certainly require you to input your password before using the Touch ID feature. This is not really a problem and you need to get used to it.

Also Apple notes that the reason is to secure your device, especially if someone is trying to log in behind your back.

Bottom line: one way to fix the touch ID issues is to avoid trying to use the fingerprint 5 times without success. Also, when using the feature, ensure that your finger is free of moisture and lotion. With that, you should be fine using the Touch ID feature without any further issues.

Can I Use My PlayStation Network Account On Two PS4s?
What Happens When You Run Out of VRAM? (Solved!)
How To Know If PS4 Joystick Is Charged? (Explained)